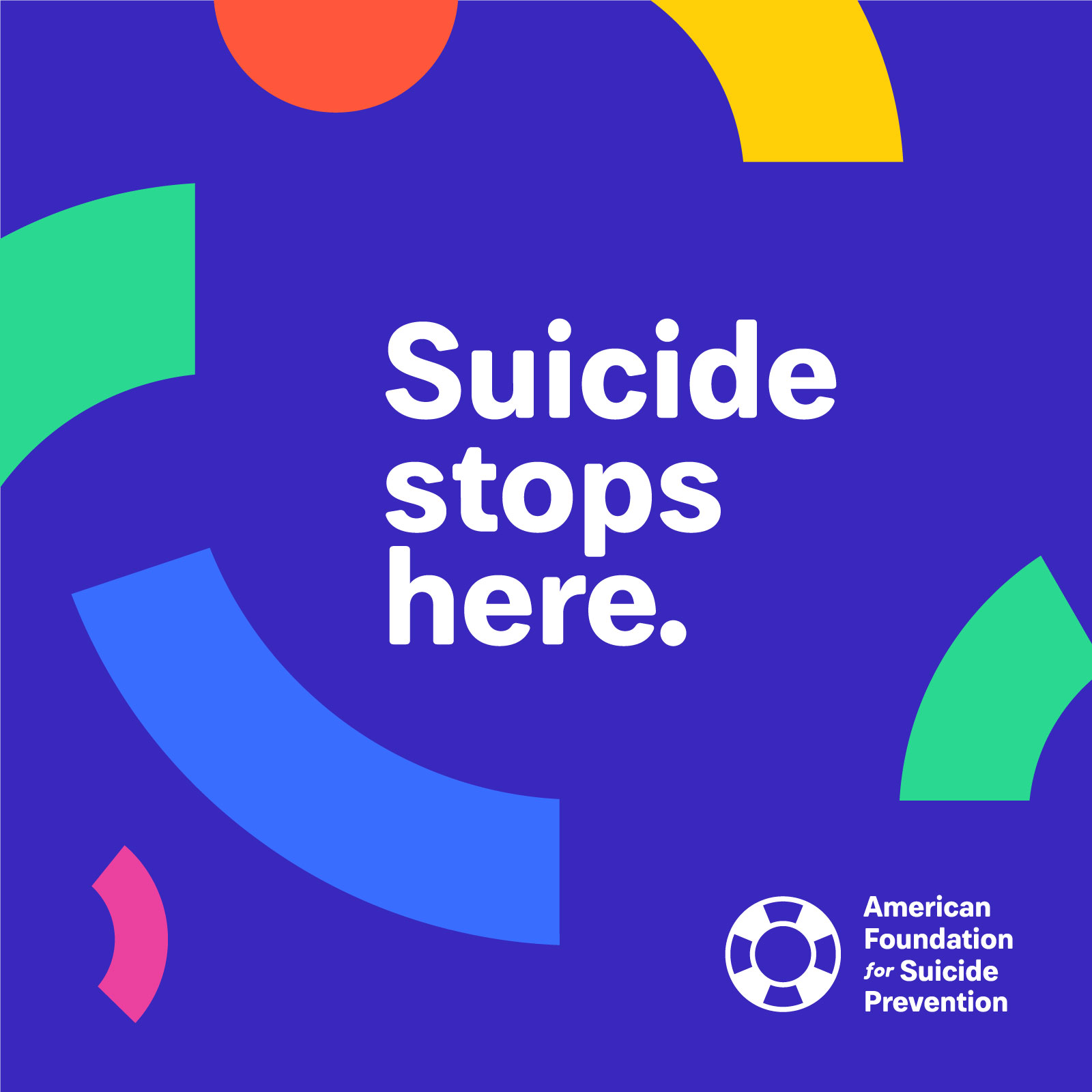 Charity of the Month:

We are proud during Mental Health Awareness Month to partner with the American Foundation for Suicide Prevention. Established in 1987, the American Foundation for Suicide Prevention (AFSP) is a voluntary health organization that gives those affected by suicide a nationwide community empowered by research, education and advocacy to take action against this leading cause of death.

Since its founding in 1987, AFSP has: mobilized and connected tens of thousands of people who have lost a family member, loved one, or friend to suicide, reached thousands of individuals who are at risk for suicide, as well as those who love and care for them, attracted the participation of members of the scientific and clinical communities, who conduct groundbreaking research on suicide and its prevention with support from AFSP, established local chapters in all 50 states, educated hundreds of local communities about suicide and how to prevent it, created a public policy and lobbying arm by merging successfully with an existing national policy organization, thus enabling AFSP to press for legislation and policies at the federal, state and local levels that advance the goal of preventing suicide, substantially increased our funding from individual donors, including the thousands of highly motivated individuals who participate in our Out of the Darkness Walks, educated reporters and the media about how to best cover suicide, communicated with hundreds of thousands of individuals through our website, social media, brochures, speakers and efforts to generate press coverage.

SHARING A PIECE OF THE PIE

Every month Pie Hole Marketing chooses a charity to become the recipient of a portion of its proceeds.

Your business makes a difference here. We don’t simply believe in growing businesses; we believe in giving back too. That’s why we highlight a different charity on our Pie Hole instagram each month, and designate them to receive a portion of the profits from every single job that month.